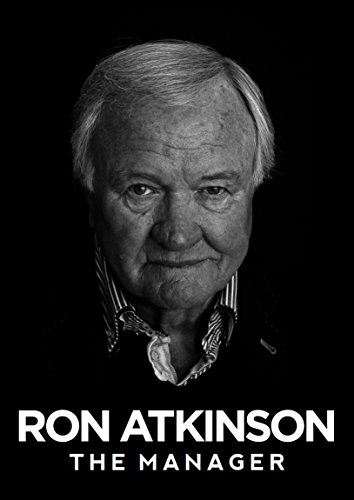 Ron Atkinson is one of English football’s most recognisable and popular characters, having been involved in management for a quarter of a century.

He remains the only Englishman to have won major trophies with three different clubs: Manchester United, Sheffield Wednesday and Aston Villa. At West Bromwich Albion, he was one of the first managers to promote black footballers, including Laurie Cunning- ham, who went to Real Madrid, Cyrille Regis, who became an England international, and Brendon Batson MBE.

After retiring from management, Ron evolved into one of the most familiar and forthright commentators on football. Yet that career came to an end in April 2004 with a single, unguarded comment about the Chelsea defender, Marcel Desailly. Atkinson was labelled a racist and driven from the game he loves.

In The Manager Ron Atkinson delves into the highs and lows of an extraordinary career that took him from non-league football to Old Trafford’s theatre of dreams in the space of seven years. He almost managed two Midlands clubs - Aston Villa and West Brom to the league title. But behind the familiar image of the bling and one-line quips Ron Atkinson was and remains a deep observer of football and footballers.

Here, he gives the full account of a life in football. From an awestruck youngster in 1950s Birmingham watching the supermen of Honved via a stalwart career as a lower league professional with Oxford to managing one of the biggest club in world football, Atkinson’s has been a life less ordinary. With detailed portraits of the men he worked with an against, including Bryan Robson, Paul McGrath, Sir Alex Ferguson and Dwight Yorke, Atkinson also discusses the rise of the foreign footballer