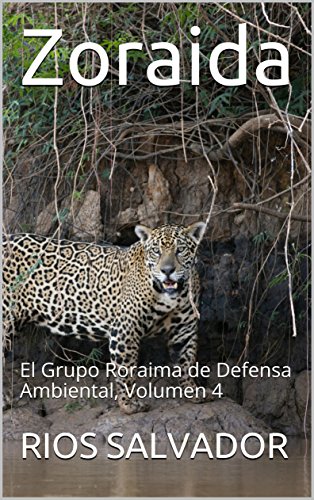 The protagonist is an old man who, by a comment heard in passing, realizes that he is an Asperger, with his blunt feelings, that do not reach his consciousness well, and that is why he is afraid of disappointing two wonderful women that he was lucky to meet.
He has embarked with them in the pursuit of environmental ideals, which he no longer believes, nor with the strength to fulfil, because deep down he seeks that they teach him to love them with passion, to clear the internal path that he has closed by his autistic condition, and thus perform his individuation process and have a better knowledge of the meaning of his life.
The series "The Roraima Group for Environmental Defense" consists today of four volumes, whose history is sequential. Even so, each can be read regardless of the others, or in random order. In the second volume, Betty, the leader of Roraima, seeks to give meaning to her life, lost by losing her family, victim of the gold rush and environmental pollution. In the south of Chile, Betty undertakes with Serge a battle against those who destroy the seabed of the fjords. In the third volume, Xiomara is persecuted for protecting the ethnic groups of the Venezuelan Amazon, against a band of genocidal miners who contaminate the rivers of that territory with mercury and cyanide. Betty saves her from her captors, the day she learns that she expects a daughter of Serge. In the fourth volume, at the birth of Zoraida, the daughter of Xiomara, the group fights to save the jungle from its destruction by the gold and diamond seekers, and the origin of the assassins who persecute Serge is discovered.