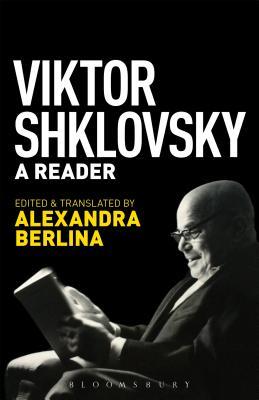 Viktor Shklovsky (1893-1984) was both patriarch and enfant terrible of Formalism, a literary and film scholar, a fiction writer and the protagonist of other people’s novels, instructor of an armored division and professor at the Art History Institute, revolutionary and counterrevolutionary. His work was deeply informed by his long and eventful life. He wrote for over seventy years, both as a very young man in the wake of the Russian revolution and as a ninety-year old, never tiring of analyzing the workings of literature.

Viktor Shklovsky: A Reader is the first book that collects crucial writings from across Shklovsky’s career, serving as an entry point for first-time readers. It presents new translations of key texts, interspersed with excerpts from memoirs and letters, as well as important work that has not appeared in English before.